This is the first shatter top coat I've tried, I was never interested in these shatters, I didn't like the look. They always looked thick and chalky to me, blacks the most so I passed on this phase.
Until I saw the Avon ones in the book and really liked the look of these ones, especially as there nice and sparkly. Admittedly this looks nothing like how I swatched on my wheel lol as I went a bit heavy handed which created a larger shatter where as on the wheel I used thinner strokes which created nice smaller shatter but it is still very nice that I went and ordered another 2 in the next book :)

This one that I have is called Gleaming Emerald and it really is a beautiful glittery emerald shatter. It works really fast as well, I applied it and the effect begins in seconds, it's a lot faster to the croc effect that I used last year which takes longer.

I used Barry M Silver foil underneath, only one coat needed. 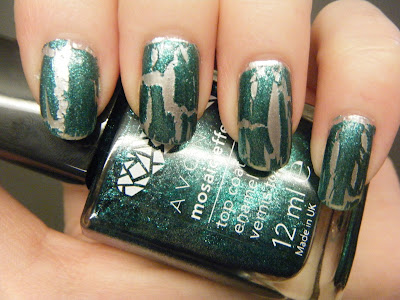 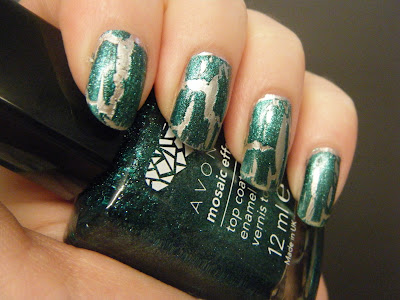 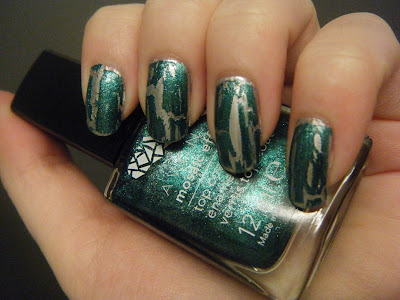 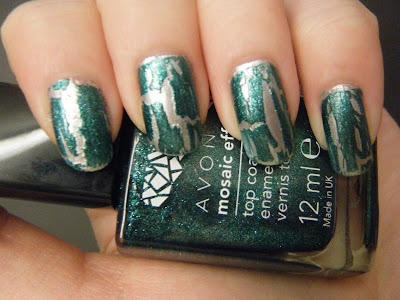 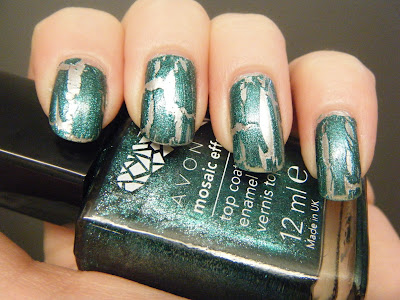 Email ThisBlogThis!Share to TwitterShare to FacebookShare to Pinterest
Labels: Avon 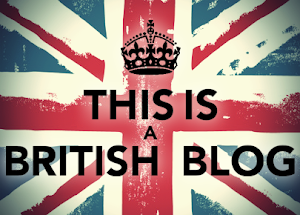